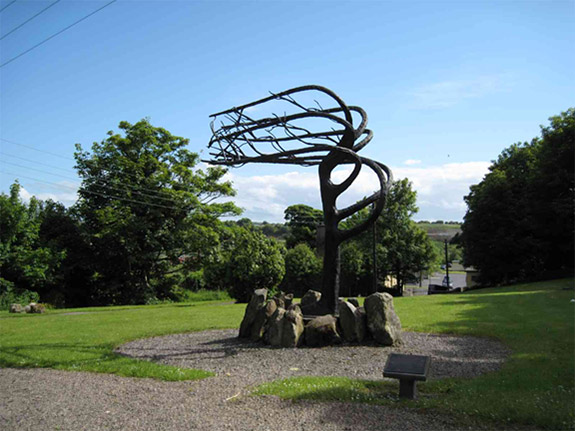 A lasting reminder of the poor wretched adults and children who died of starvation or disease, during the Great Famine of Ireland, between 1845 and 1847.

The sculpture located inside the graveyard, named "A lone bush", which looks like a very windswept tree, was erected in 1997 by the County Sligo Famine.

Fred Conlon chose "a lone bush" as a suitable memorial for the famine dead, saying that "this bush was regarded as a sacred object in rural Ireland, no farmer would cut it down lest it would upset the spirits.

During famine times many starving people lay down under it to die or were buried there. The tree was a sacred marker or protector of the unnamed dead.