Additions to the building included the building of a treadmill and improvements to the Marshalsea (debtor’s prison).

The gaol was built by local builder John Lynn.  It was designed to hold 200 inmates in a polygonal-shaped building, with the Governor's residence situated in the centre of the prison.

In 1918, Michael Collins was held in the Gaol after making a speech against conscription to the British army.  In his prison diary his recurrent observation is that he could not sleep and ‘must get this wretched mattress changed’. He also records that ‘by standing on my table I can see Knocknareagh.’ 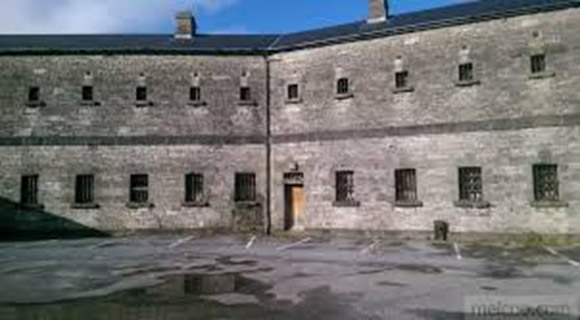